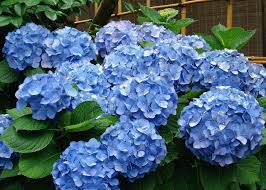 For nearly 89 years, Mary Alice Schneider Herzog was a force to be reckoned with. Or is it, a force with which to be reckoned? She would have made sure to let us know. The chief of the grammar police held us to the gold standard until her last day.

On March 19, 2019, we said goodbye to the one we called “Mother Earth” – just two days’ shy of her 89th birthday. Born in Milwaukee on March 21, 1930, she was the oldest of Walter and Evelyn Schneider’s four children. Her youngest sister, Mousie, would say she was like a mother to her. She was like a mother to a lot of us – quite literally.

She married the first boy she ever loved, Robert Howard Herzog, Sr. of Wauwatosa, on a Tuesday afternoon in September of 1952. The two met in grade school and were meant for each other. The Hilltopper landed a Holy Angel, and from custard dates at Gilles’, to cross-country moves, they finally planted roots down the street from where they grew up, in Elm Grove, Wis. There they raised 10 children: Bobby, Mikey, Jeannie, Johnny, Peter, Mary, Mark, Margaret, Joey and Tommy.

A 1952 graduate of Mount Mary University, Mary Alice earned a degree in occupational therapy. You knew she wasn’t done there. After her children were grown, she obtained her doctorate in psychology in 1979 from Marquette University. She was a practicing clinical psychologist in the Milwaukee area until she was 79 years old. As selfless as they come, Mary Al’s purpose on this earth was to care for everyone with whom she crossed paths.

She was an avid golfer well into her 80s. She shared her love for the sport with her husband, while passing on her athleticism to her children and grandchildren. She loved a couple fresh inches of powder atop a peak in the mountains and taught us all how to ski, as well. As a Gold Life Master Bridge Player, she kept that skill to herself (maybe because none of us understood how to play bridge, but boy was she good). A professional in the game, she traveled the world “on tour” with master players.

She was always improving herself. She was about 34 percent fluent in French and she could stare at Monet’s Waterlilies for hours. She would request a game of Dummy Rummy on a warm day by the pool and there wasn’t a movie she hadn’t seen in the last 30 years. Everything was a learning opportunity and she soaked it all up. “Never stop learning,” she’d say.

A celebration of her incredible life will be held at Becker Ritter Funeral Home, 14075 W North Avenue in Brookfield on Saturday, March 23. A visitation will be from 10 a.m. to 12 p.m., with a service beginning at 12 p.m.

Thank you to everyone who shared love, laughter and a glass of Chardonnay with her over the years. She learned a little bit from each of you.

To send flowers to the family or plant a tree in memory of Mary Alice Herzog, please visit our floral store.