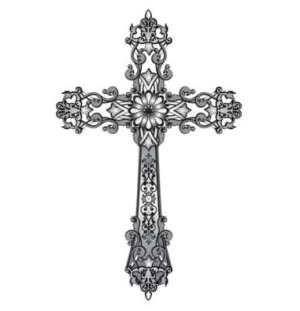 It is with profound sadness that we announce the sudden passing of our father, husband, brother, grandfather, colleague and friend Paul Anthony Hundt at his home in Elm Grove on December 30.  He was 79.
Paul Hundt was born on June 9, 1942, the fifth child of thirteen born to Bernard and Catherine Hundt in Middle Ridge, Wisconsin.  He grew up in the 1940’s and ‘50’s milking cows, plowing fields, and playing sandlot baseball with his family and friends, while regularly attending church and school.  Two of his elder brothers died in childhood, leaving Paul and his other siblings to handle farm chores alongside his parents and other farmhands.  He attended the local public one-room schoolhouse, known as the “Little School”, which was run by nuns.  In 1956, his father insisted on bussing him one hour to the closest Catholic institution, Aquinas High School, located in La Crosse.
Paul left the farm at age 18 to attend college at St. Mary’s University in Winona, Minnesota, from which he graduated in 1964 with a degree in history.  He then enlisted in the Navy and was commissioned an officer.  He served honorably through 1968, having been stationed in Pacific Beach, WA, Adak, Alaska and San Francisco.  His military service completed, he began his professional sales career for the International Harvester Company, wholesaling lawn tractors across the state of Wisconsin.  He left to join Merrill Lynch as a stock broker in December of 1969.  While living in Milwaukee, Paul met a pretty red-head, Patricia Ann Arnold, at Frenchy’s Supper Club in 1973 and married her a year later on October 26, 1974.
Entrepreneurial by nature and intrigued by the then-nascent concept of financial planning, Paul set out to establish his own independent company, Hundt Financial Services, Inc., and set up shop in Brookfield WI.  He was among the very first Certified Financial Planner designees in the state.  The business was successful and remains in operation to this day.  He later discovered a knack for real estate development and he began building apartment complexes in the La Crosse WI area in 1978.  He eventually developed well over two hundred units, the management of which he entrusted to his father in the early years and later to his brother Mark.
God blessed his marriage to Patti with two children, Peter (b. 1977, m. Ashley 2006) and Mary Elizabeth (b. 1980) and raised them in Elm Grove WI.  In time he became concerned with certain spiritually and humanly destructive trends in the world and especially in education, and he dedicated the remainder of his life to answering these challenges through the foundation and operation of a new school.  In 1991, Paul and Patti and a few others opened the doors of Hillcrest Academy, an independent Catholic high school with a mission to teach youth the goodness of God-given human existence and the destiny of man.  This mission would later be reorganized as a K4 to eighth grade school, known as Aquinas Academy, for which, in 1997, Paul spearheaded the development of a new campus in Menomonee Falls.  In 2021, the final phase of that complex was completed and opened, consisting of a new middle school and gymnasium, and he was reviewing its final touches the day before his death on December 30, 2021.  The school now serves over 180 students.
Paul performed many other charitable works in his life.  Prominent among them was the Ridge History Park in Middle Ridge, WI, which was engendered by his love of his hometown and its history.  He was instrumental in relocating several historically significant early 20th century buildings to the Park, so that they might be preserved and enjoyed by visitors for years to come; among the buildings was the “Little School” he had attended sixty years before.  Paul was a remarkably generous man.  He was a good steward of the financial resources he was blessed with through his professional success, and used them to contribute to charitable organizations throughout his life, as his Catholic faith directed him.  His philanthropic interests were not limited to educational and religious entities, and he gave generously to organizations intended to benefit the underprivileged.
Paul was a devout hobbyist and collector, and cultivated an elaborate model railroad in his basement, displayed numerous model cars and tractors (large and small), enjoyed physical labor on his properties and loved watching Brewers baseball.  He was incredibly loyal to his friends, colleagues and employees, who knew and loved him well.  Besides his extraordinary love for the Catholic faith, his greatest devotion was to his family: his wife (Patricia), children, siblings (the surviving Msgr. Robert, Mary Susan (Hal) Bergan, Daniel (Ann), Rita (John) Pincsak, Vincent (Dawn), Constance (Barry) Golden, Mark (Julie), Sarah (Alvaro) Quinones and Kathleen Terzinski, and the deceased Stanley (Ann), Stephen and Bernard), and grandchildren (Andrew, Susanna, Charles, Paul, Adeline, and Beatrice) were all recipients of his goodness, guidance, exceptional humor and deep affections.  Concerned especially for their eternal salvation, his life’s work was to share the truths of his faith with family and friends and to live according to those truths.  Beyond the establishment of Aquinas Academy, to which he devoted so much of his time, energy and resources, this mission led him to attend daily Mass and rosary recitation, frequently partake of the Catholic sacraments, and sustain a regular practice of personal prayer before the Eucharist every day for decades of his life.
Visitation for Paul will be at Becker Ritter Funeral Home on Thursday, January 6th from 4:00 PM to 6:00 PM.  A second visitation will be at St. Mary’s Visitation Catholic Parish, 1260 Church Street, Elm Grove, WI 53122 on Friday, January 7th from 9:30 AM until 10:30 AM, Eulogies at 10:30AM, followed by a Mass of Christian Burial at 11:00 AM.  Donations may be sent to Aquinas Academy, N72W15935 Good Hope Road, Menomonee Falls, WI 53051 or St. Mary's Elm Grove.

To send flowers to the family or plant a tree in memory of Paul A. Hundt, please visit our floral store.